BONUS POINTS: If a player is able to play all 7 tiles in a single turn, in addition to the score for that word, that player is awarded 50 points. 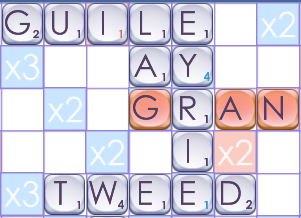