[GOLF SOLITAIRE]: How to play, Scoring

This article contains everything you need to know about Arkadium’s Golf Solitaire Game.

Use the list below to navigate specific topics about Golf Solitaire.

Difficulty level. Before starting your game, you have the option to choose Easy or Hard.

On Easy, aces and kings can be played on top each other to loop through the deck in either direction.

On Hard, the sequence is not looped: aces and kings cannot be played on top of each other. 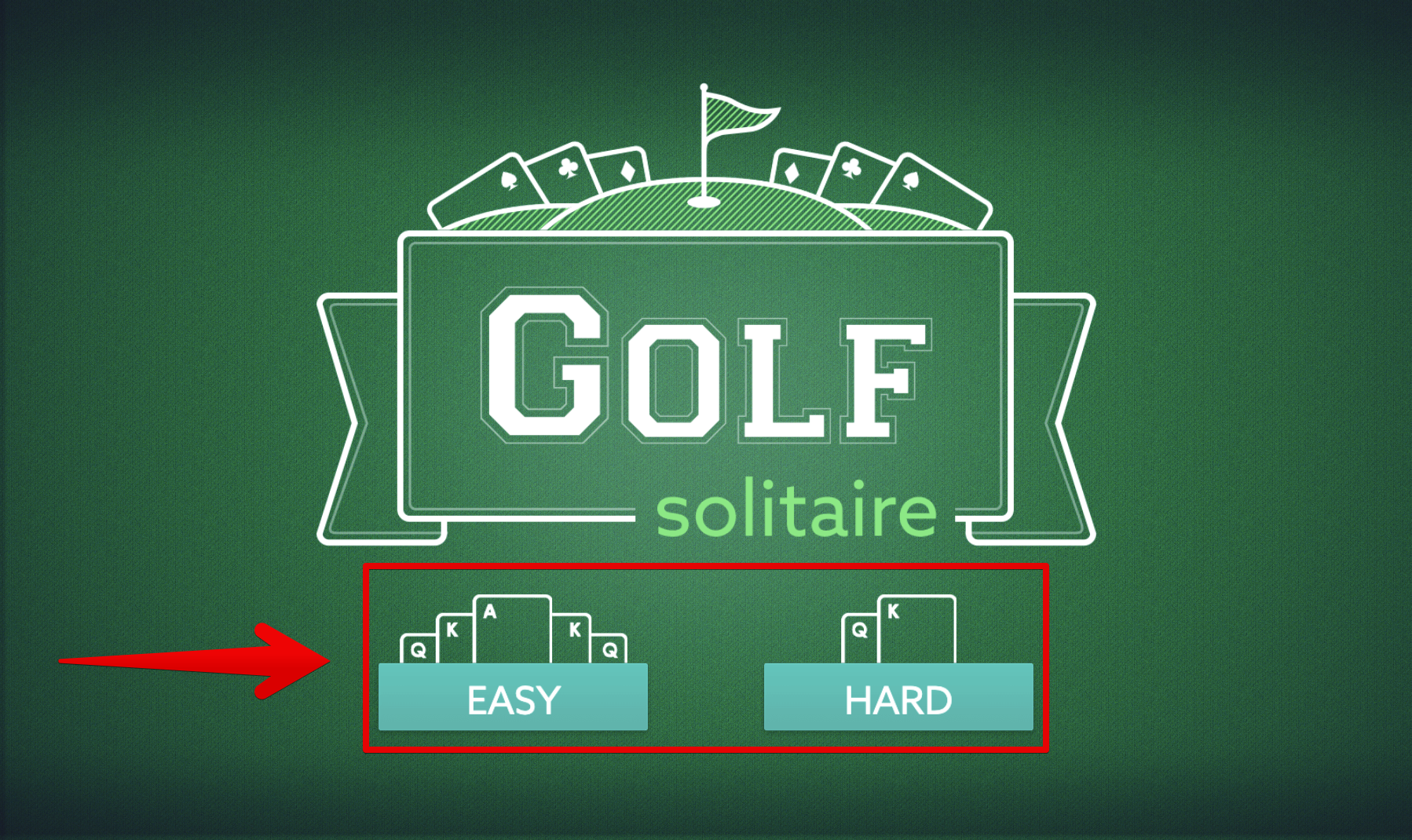 Goal. In Golf Solitaire, the goal is to remove all cards from the TABLEAU one by one.

The tableau is composed of seven stacks, five cards in each. Only the top card of each stack can be played.

The rest of the deck (52 cards) is in STOCK, which can be opened one by one and placed into FOUNDATION. Once a card is taken from the stock, it is placed into the foundation.

General rules. Any top card from the tableau stacks can be played to the foundation as long as that card is either one higher or one lower in value to the last card in the foundation, regardless of suit.

If no cards remain to play on top of the current Foundation card, go through the stock by clicking it. However, stock cannot go back and cannot be dealt a second time, and once it ends, the game ends.

Cards left in the stock deck (each) = 10 points