This article contains everything you need to know about Arkadium's Hurdle Game.

Use the list below to navigate specific topics about Hurdle.

General rules. Each Hurdle puzzle contains a secret five-letter word you'll need to solve every day. You have six guesses to try to get it right. After each guess, the tiles' colors will indicate how close your guess was to the word:

The 5th and final Hurdle puzzle will be prefilled with the answers from the previous 4 Hurdles. 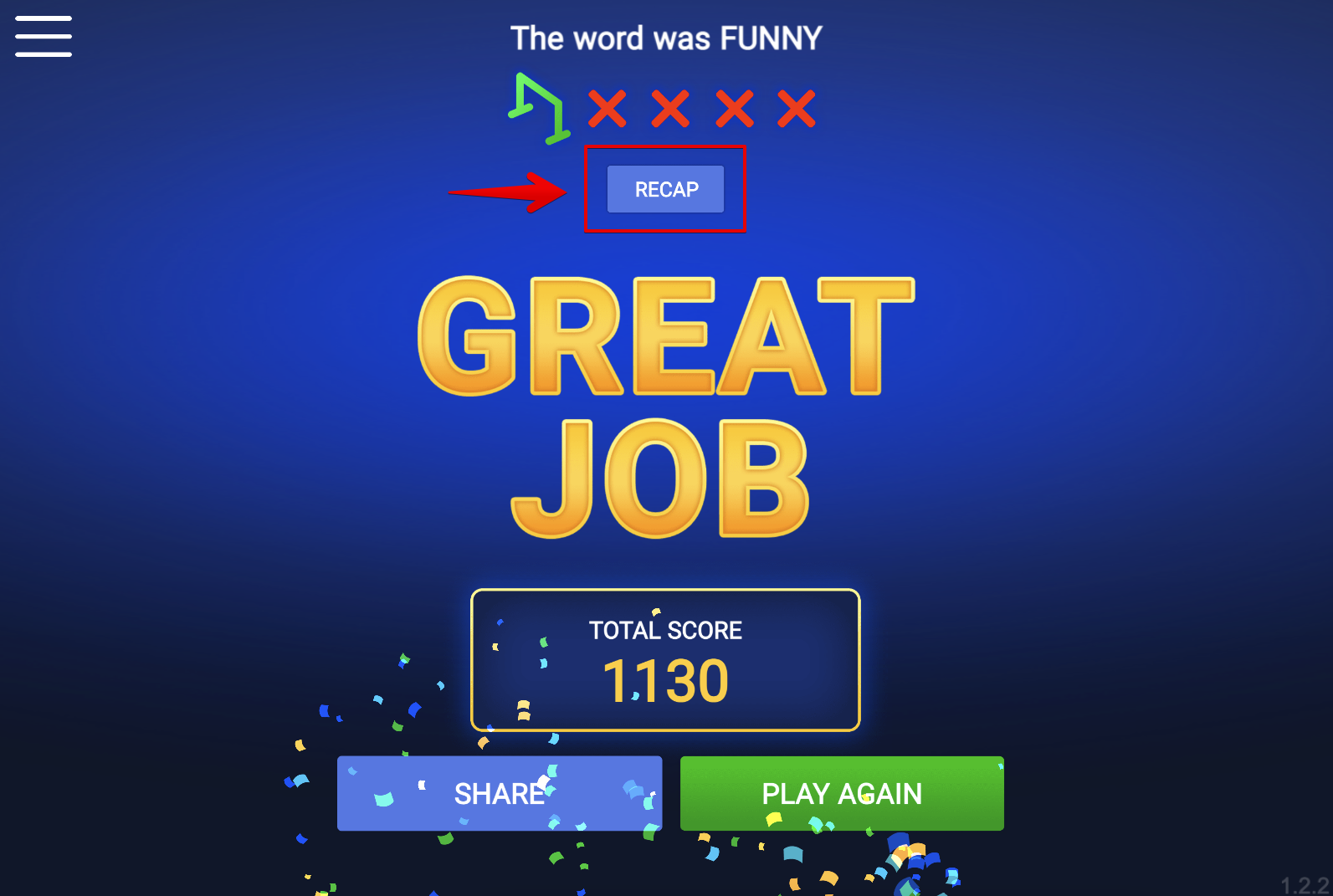 Secret word. If you didn't guess a secret word, you can see it at the top of the game over screen.

Go-to word. According to linguistic researches, vowels are the most common letters in the English language. Use the first word containing as many vowels as possible.

Distinct words. Try to use words with completely different sets of letters for the first two guesses to gather more information. Using this strategy, you can find 20 out 26 letters in 5 tries.

Correct letters. If a first guess is not of much help, then you should focus on securing a completely different word as the second guess.

Pen&paper. Though you have only six guesses, you can use a pen and paper to eliminate impossible variants.

The game's dictionary includes 15 000 permissible words that are specific to wordle-based games. However, it's been estimated that there are over one million words in the English language.

The game has four regular Hurdles and a final Hurdle that is prefilled with answers and only has two guesses.

General formula. If a player completes a Hurdle:

The number of Empty Lines. There are six lines in the Hurdle game, and the maximum number of empty lines is five since a player needs at least 1 line to guess a word.

General formula. If a player loses the game: 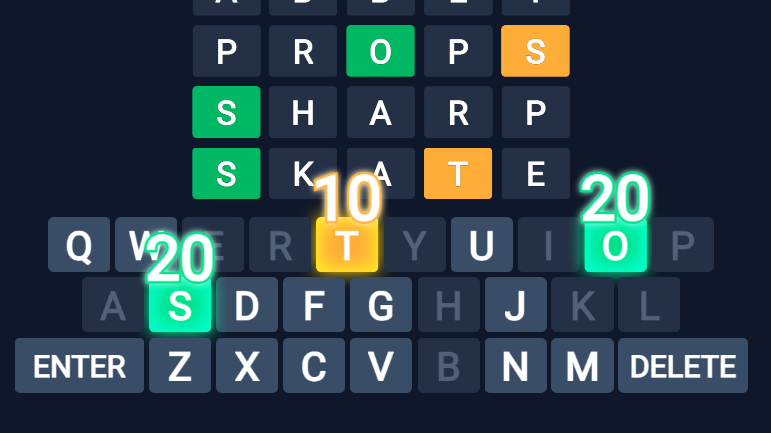 Hard Mode. If a player chooses the hard difficulty of the game, his Final Score will be multiplied by 1.5.