This article contains everything you need to know about Arkadium's 9 Ball Pool game.

Use the list below to navigate specific topics about 9 Ball Pool.

Difficulty level. Before starting your pool game, you have the option to choose Easy, Medium, and Hard. The harder it is the more accurate the opponent's moves will be. 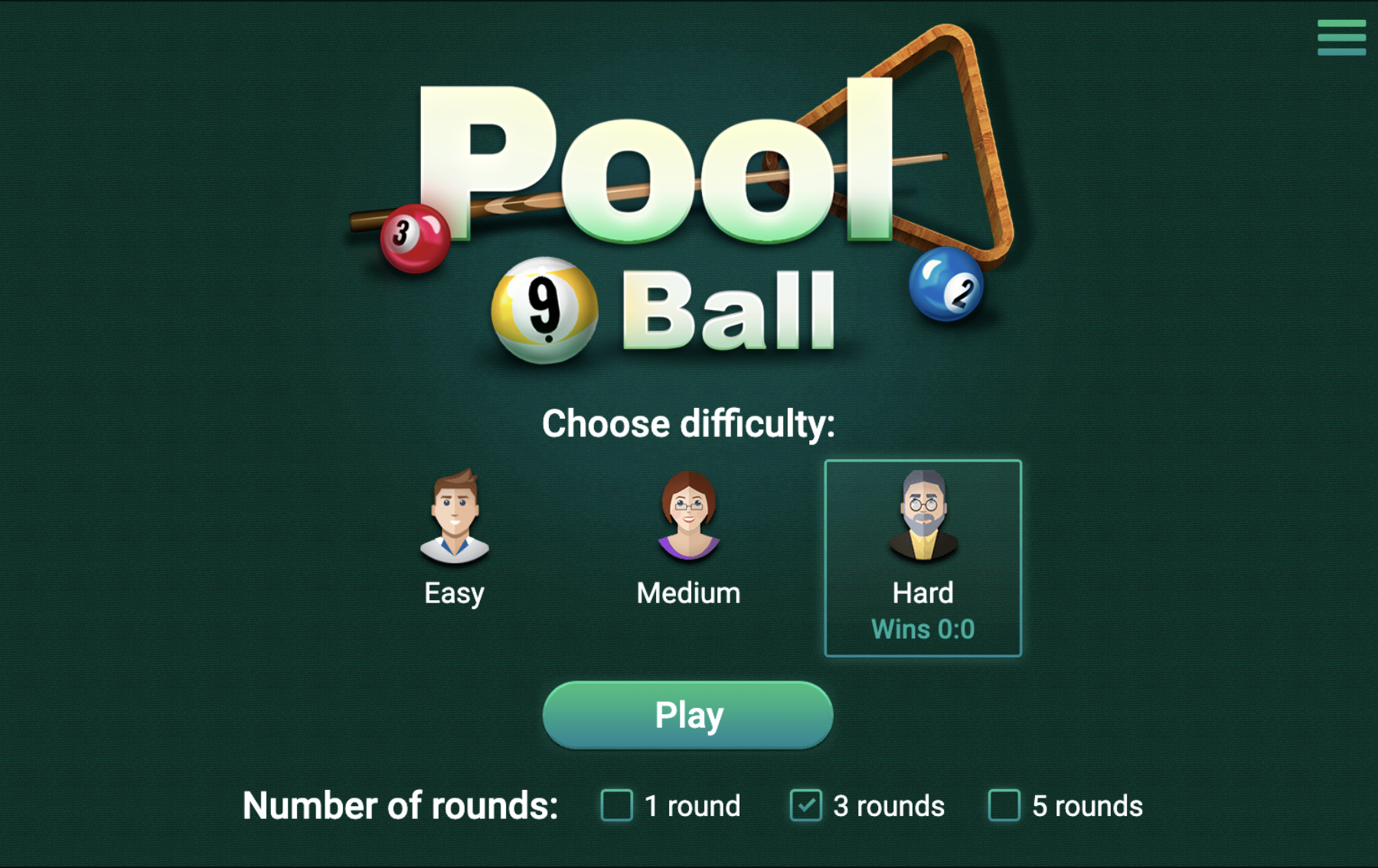 Goal. Your goal is to pocket the 9 ball correctly: whoever does it first wins.

The 9 Ball. You can pocket balls in any order, but the one you hit first (with the cue ball) must be the one with the lowest number. Only after all other balls have been pocketed you can hit the 9 ball directly.

Foul. A move that goes against the rules (FOUL) will ruin your streak, negate your free shot, and pass the turn to the opponent. The same applies to you if your opponent fouls.

Any balls pocketed remain pocketed but reward no score. 9 ball pocketed with a foul is reset to its original starting position (or as close to it as possible).

English spin. You can spin the cue ball by aiming at specific points.

Moving the ball. When permitted, one may place the cue ball manually in the desired position. While the cue ball is highlighted with a circle, you can drag it before striking. After your opponent fouls, you will always be able to do so; you can also drag the cue ball in the limited area while breaking the pyramid.

General scoring. Here is how the scoring works:

Achievements. The user gets a new achievement panel and bonus score every time he performs a cool play trick: