[BRIDGE]: How to play, Bidding, Scoring

This article contains everything you need to know about Arkadium’s Bridge Game.

Use the list below to navigate specific topics about Bridge.

The bridge is a card game that uses a regular 52-card deck and features four players that are in teams of two. When you play bridge online, you’re matched up with a virtual partner and battle against virtual opponents.

Goal. Bridge games aim to win points by taking tricks off of your opponents.

A game of classic bridge ends when one team wins two matches (known as a ‘rubber’) out of three, but the winning team is the one that has the most points in the end — games are won when teams earn a contract by scoring 100 points or more.

General rules. The player to the declarer's left chooses a card from their hand to lead the first trick. After that, the declarer's partner's hand is placed on the table (called the "dummy hand") and is played by the declarer for the remainder of the deal.

Each player must follow the suit of the lead if they are able. Otherwise, they can play any other suit, including trump. The trick is won by the highest trump, or if no trumps were played by the highest card of the lead suit. The winner of each trick leads to the next trick.

Our bidding system is based on the book: "A short cut to WINNING BRIDGE" by Alfred Sheinwold. 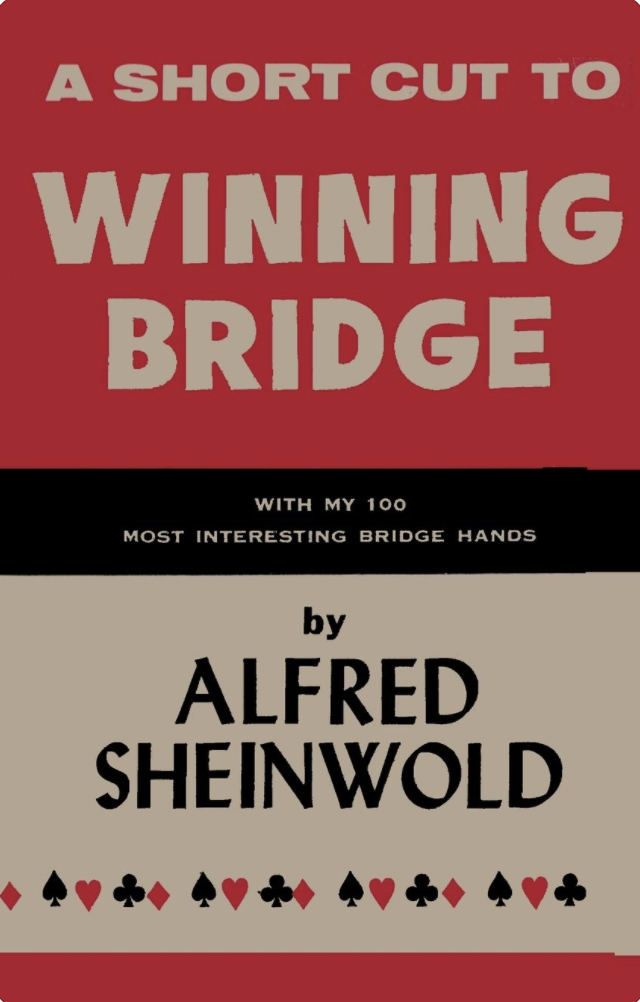 The goal of Bidding. At the beginning of a deal, you must state the number of "tricks" you think your team can win with a specific "trump suit." A bid includes a number (1-7) and a trump suit (or no trump, NT). The team that makes the final bid must win at least that number of tricks plus 6. The final highest bid is known as the "contract."

Bidding process. Each player can either bid or pass when it's their turn. Alternately, each player could double their opponents' most recent bid. The opponents' team can then redouble the bid. Under double or redouble, that game rewards double or quadruple points, respectively. The bidding ends when three players in a row pass. The player that makes the first bid on the trump suit is called the "declarer."

Overtrick points are assigned for each trick that was taken above the contract's stated number.

Contract, Over and Under points are further increased for a doubled or redoubled contract.

If trumps are clubs or diamonds: 20 per trick.

If trumps are hearts or spades: 30 per trick.

If Notrump(NT): 40 for the first trick and 30 for each subsequent trick.

After a team scores 100 or more contract points, the game is complete, and the next game starts.

Honors points. Honors points are given for starting the deal with the top 4 or 5 trumps (A K Q J 10).