[SUDOKU]: How to play, Tips, Scoring

This article contains everything you need to know about Arkadium's Sudoku game.

Use the list below to navigate specific topics about Sudoku.

Please watch the video below to learn more about Arkadium's Sudoku gameplay.

Difficulty level. Our free online version of web Sudoku follows in the number puzzle's classic tradition; no pen or pencil is needed! As you start the puzzle, you can choose your sudoku difficulty.

We offer Sudoku for beginners, medium Sudoku, and Sudoku for experts: 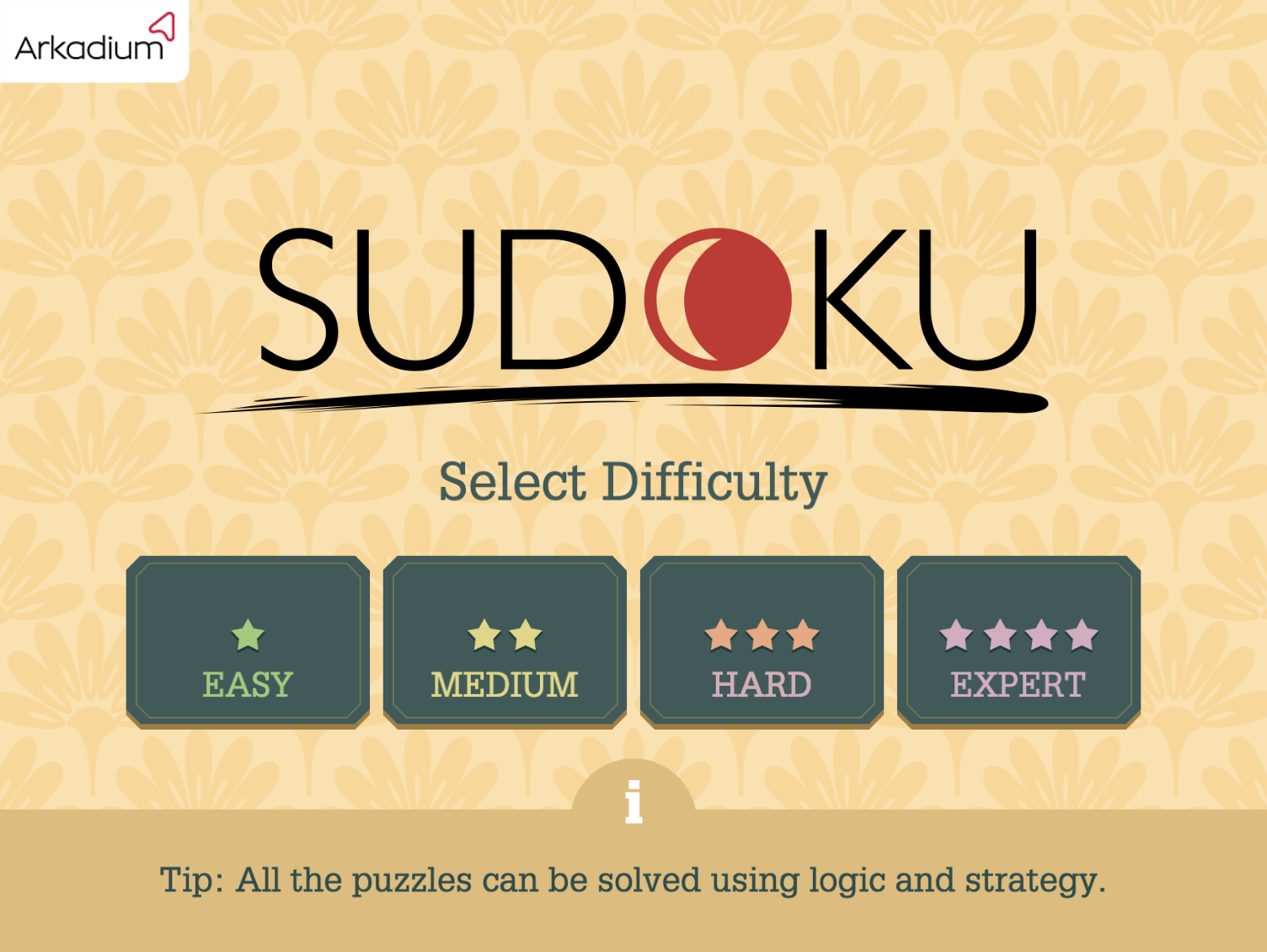 General rules. While Sudoku puzzles can be rather challenging, the rules and general gameplay are pretty simple and straightforward.

Each column, row, and none needs to contain the numbers 1-9, and each number can only be used once.

Scanning method. The most basic technique for solving Sudoku puzzles is to use the scanning method. This involves picking a number and then looking at rows and columns across the grid containing that number. The goal is to look at all the boxes where the number can’t be placed, hopefully leaving the one box where it should be.

Scanning is especially effective when you’re looking at both rows and columns at the same time. In grids with many unfilled squares, this is often the only way to narrow down where to place a number.

This process of elimination is a fast, easy, and highly effective method to solve lower-level puzzles. Even when solving a hard puzzle, it’s a great opening move to fill in a good number of squares.

Pencil. However, there will come the point when the scanning method mentioned above won’t cut it. Here is where using pencil marking comes in. The idea is to use a pencil to fill a space with all possible number combinations. You’ll then analyze the whole board to figure out which number combinations work.

Disjointed pair. One common problem you’ll encounter is a disjointed pair. This is when two numbers can only be placed in two squares, but you don’t know which number goes into which space. When such pairs are apparent, it’s called a naked pair. Otherwise, it’s referred to as a hidden pair.

While you can’t solve disjointed pairs directly on their own, you can use them to deduce where other numbers should be.

X-wing. A very advanced approach for solving truly challenging puzzles is the X-Wing technique. This happens when the spaces you’re trying to solve form an X shape or are in the corners of an imaginary square. This gives you a new logic constraint that allows you to eliminate spaces further. While useful, the X pattern required for this technique is pretty rare in practice.

The Puzzle Score. It equals the % of the puzzle that was completed without help.

Difficulty Bonus. There are four types of the difficulty bonus:

Time Bonus. Here is how the time bonus is calculated: