This article contains everything you need to know about Arkadium's 8 Ball Pool game.

Use the list below to navigate specific topics about 8 Ball Pool.

Difficulty level. Before starting your pool game, you have the option to choose Easy, Medium, and Hard. The harder it is the more accurate the opponent's moves will be.

How to aim. You aim your pool cue and set the power of a shot by holding the mouse button. Your goal is to pocket the colored pool balls of your type, while preventing your opponent from doing the same. 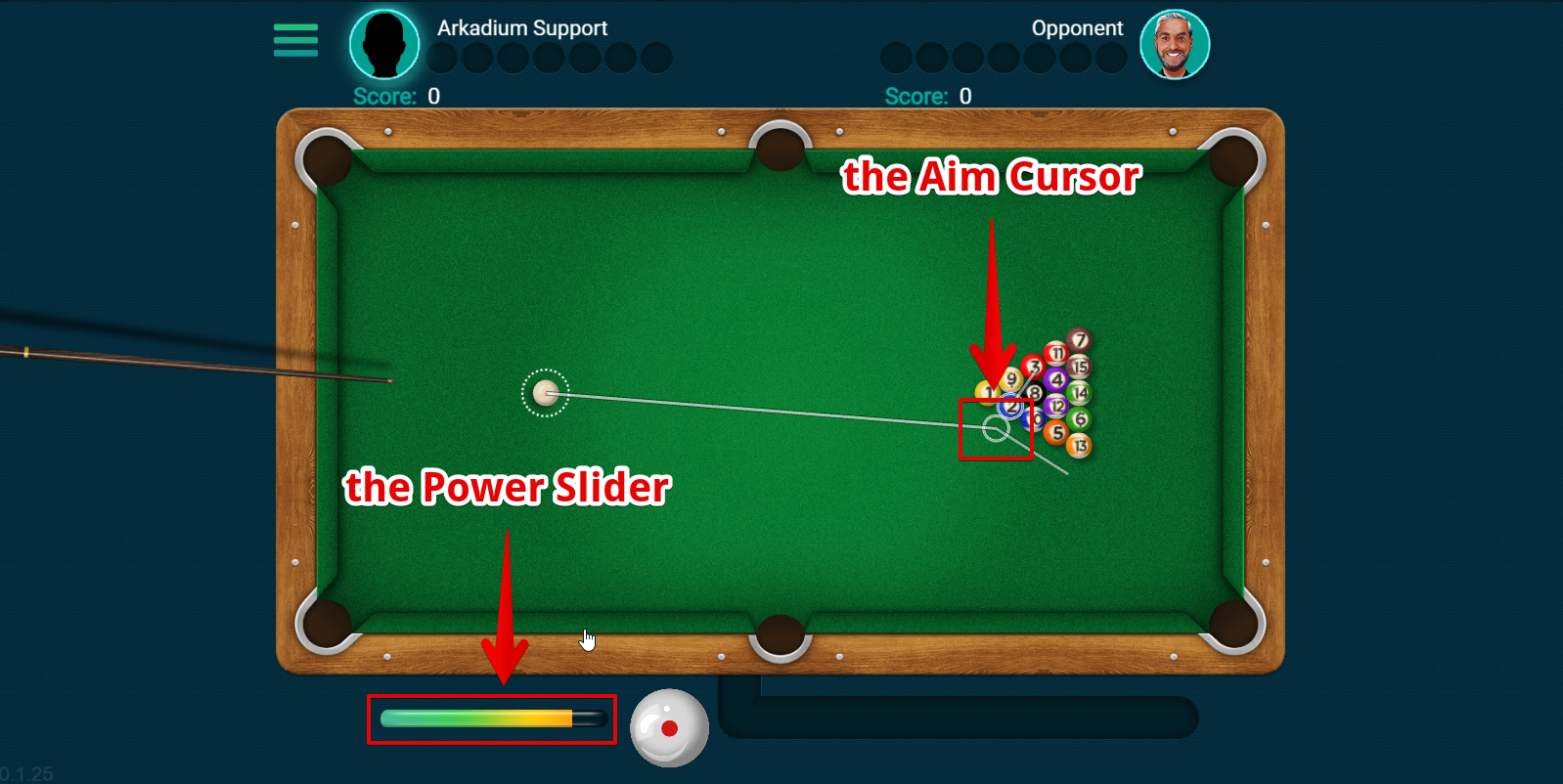 The eight ball. After you pocket all seven of your pool balls, you need to pocket the eight ball (black ball) to win — hence the name 8-ball pool. You must also pocket the black ball exactly into the pocket you choose.

Additional shot. When you pocket a ball correctly, you are always given a free additional shot. You can chain this effect multiple times. A move that goes against the rules (a foul) will ruin your streak, negate your free shot, and pass the turn to the opponent.

Fouls. You foul when:

English spin. You can spin the cue ball by aiming at specific points:

Moving the ball. When permitted, one may place the cue ball manually in the desired position. While the cue ball is highlighted with a circle, you can drag it before striking. After your opponent fouls, you will always be able to do so; you can also drag the cue ball in the limited area while breaking the pyramid.

General scoring. Do not decrease points for fouls; instead, award an extra score for proper moves.

Achievements. The user gets a new achievement panel and bonus score every time he performs a cool play trick: